I ran some queries through Google Insights, just for fun. One of the queries I ran was python vs. java vs. ruby vs. erlang vs. cobol, under the Programming category. Here's the resulting graph of growth relative to category.

Ignore the dark blue line, it's a plot of the Programming category (which is actually sliding.. hmm).

Seems like Erlang and Ruby have generated a lot of interests over the last three years, with 242% and 124% growth in interest since January, 2004. Python has remained rather steady, losing 5%. Java on the other hand has dropped quite significantly, at -53% growth since January 2004. And Cobol is way down at -62%.

It gets more interesting when you view the interest by region. The most interesting data I think is that Java and Cobol are both pretty cold world-wide except for one region: India. Take a look at these regional maps. 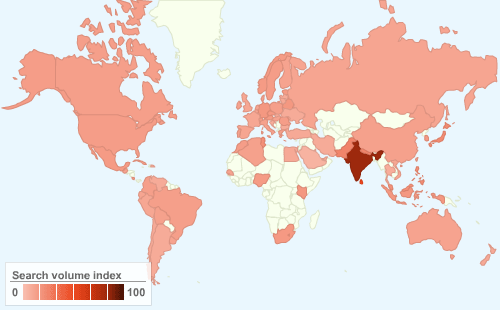 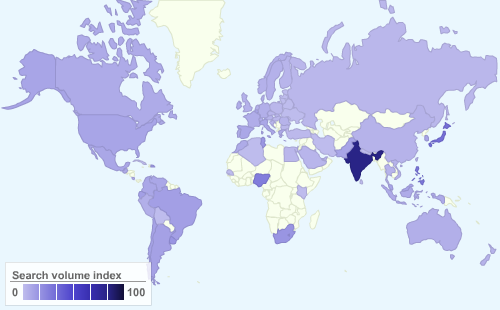 My guess is that a lot of companies now out-source Java and Cobol projects to India. They are both languages that people need to continue to support, probably for legacy systems, but just aren't fun and definitely kills innovation. As Brett McLaughlin (author of several O'Reilly Java books) said, Java isn't unimportant, but it's big business in many cases, and that tends to suck experimentation and fun out in sneaky ways.